The array of contributions from Watermotion span the implementation of numerical techniques, analysis of the experimental data, and the investigation of environmental processes such as buoyant discharges and storm surges. These have been produced in the frame of both academic and consultancy assignments

For the paper Deposition from particle-laden, plane, turbulent, buoyant jets of 2008
— related ∧quote of P. Natale

We present an idealized network model for +storm surges in the +Wadden Sea, specifically including a time-dependent wind forcing (wind speed and direction). This extends the classical work by +H.A. Lorentz who only considered the equilibrium response to a steady wind forcing. The solutions obtained in the frequency domain for the linearized shallow-water equations in a channel are combined in an algebraic system for the network. The velocity scale that is used for the linearized friction coefficient is determined iteratively. The hindcast of the +storm surge of 5 December 2013 produces credible time-varying results. The effects of storm and basin parameters on the peak surge elevation are the subject of a sensitivity analysis. The formulation in the frequency domain reveals which modes in the external forcing lead to the largest surge response at coastal stations. There appears to be a minimum storm duration, of about 3–4 h, that is required for a surge to attain its maximum elevation. The influence of the water levels at the North Sea inlets on the Wadden Sea surges decreases towards the shore. In contrast, the wind shearing generates its largest response near the shore, where the fetch length is at its maximum

Storm-surge simulations contribute key information to decisions with huge geographical coverage, future projection and socio-economical relevance. Available analytical solutions provide partial but exact benchmarks for unsteady wind-driven flows. These can be used as one means to verify the quality of numerical simulations of storm surges. This avenue has been undertaken with three mainstream flow solvers for the shallow-water equations: +AdCirc, +D-Flow Flexible Mesh, and +Telemac. The talk and summary outlined the assumptions, potentialities and outcomes of verification exercises addressing storm-surge modelling skills

The nonlinear nature of bottom friction in shallow flow complicates its analysis, particularly in idealised models. For tidal flows, Lorentz’ linearisation has been widely applied, using an energy criterion to specify the friction coefficient. Here we propose an extension of this approach to storm surges, leading to a friction coefficient that may gradually vary over a storm event. The derivation is provided along with first results for a single channel and the network model used by Lorentz for the studies ahead of the +impoundment of the Zuiderzee

In the 1920s the Nobel laureate for physics +H.A. Lorentz developed a pioneering approach to quantify the increase of tide and storm surges in the outer Wadden Sea as a result of the +impoundment of the Zuiderzee with the Afsluitdijk. He solved for the attending laws of physics rather than relying on empirical formulations. To this end, he resorted to reasoned simplifications such as reproducing only storms that were relatively steady in wind speed and direction, and representing the full basin as a network of channels. A purpose-built flow solver of the University of Twente has showed that Lorentz’ approach maintains its historical merits also when the network model for the basin is used with a richer description of the storm winds. In the face of all remaining limitations, the simulation of the time evolution of the surge of the +Xaver/Sinterklaas storm (5 Dec 2013) resulted in a close agreement with measurements

Noticeable disagreement can still be found between the available data sets of experiments in the far-field of round +jets. Hopefully this review will prove useful in guiding future experiments and numerical test cases. As of mid 2017, this contribution has been downloaded an honourable 630 times

The +Wadden Sea is a fringe basin of the North Sea protected by barrier islands. Only the storms managing to carry substantial amounts of water across the inlets cause severe surges. Extreme water levels do not rank in the same order as the wind speeds of such storms. Different storms of different strength can cause the same surge. Lagoon-like basins are vulnerable to a range of storms not necessarily having extreme features

Less dense waters discharged in the sea for civil or industrial purposes may contain polluting sediment particles. These either drop nearby the release point or are carried up to the surface by buoyancy and fall through the water farther away. The distribution of such sediments over the sea bottom is investigated in this paper. In perspective, this study underpins potential dredging intervention for sea-bed sanitation. Paper awarded by the American Society of Civil Engineers. Downloaded 135 times as of mid 2017

2008 | Giordano Lipari, Enrico Napoli
↓ The impacts of the ALE and hydrostatic-pressure approaches on the energy budget of free-surface flows
Computers and Fluids • 37(6) • 656-673

In a computer model for flows with a free surface, the artificial division of the water body into columns of computational cells follows the changing shape of surface and causes spurious effects in the balance expected from the physics. Also schematising water as layers simply laid one over the other has a limited applicability. Test cases show when these effects mishandle the energy that non-linear waves are expected to have

Technical paper on flow-modelling techniques. When dispersing a cloud of particles in a pre-computed flow field, the motion of the particles was eventually inconsistent with the statistics of the background flow field. Several conventional parametrisations of the random behaviour were put to the test. Other researchers have more recently defined the reasons of the discrepancies we reported on

The wind-driven large-scale vertical and horizontal circulation in shallow lakes are analysed upon considering the wind acceleration due to the abrupt roughness reduction from land to water. The Internal Boundary Layer (IBL) growing inside the atmospheric boundary layer causes the wind stress to curl and, together with the bathymetry changes, generates distinctive circulation patterns

Pipelines laid on the sea bottom dispose of treated water at sea outfalls. ‘Diffusers’ (such as multiple risers and ports) enhance dilution by dividing the discharge into smaller effluxes at the release point. A model computes the variation of discharges through the ports for a range of designs. This study was preliminary to implementing the diffuser hydraulics tools in the CORMIX software

An in-house numerical solver for the unsteady, free-surface, homogeneous 3D Navier-Stokes equations has been used to investigate the response of Lake Balaton (Hungary) to synthetic wind forcing with special attention paid to the unsteady development of  recirculating patterns and water transfer processes induced by the complex topography. The eddy-viscosity profiles obtained with an algebraic model and with the standard k-ε closure are also shown. The governing equations are discretised with a finite volume method and integrated in time according to a fractional-step method

An introduction for the art book of the photographer Emanuele Martino (1935-2010). The theme is the the sea (mare, in Italian) and its multiple manifestations. “Emanuele Martino photographs the movement of the sea, creating suggestive and meditative photos which unveil the mystery of the sea’s hidden allure”. In Italian and English. Out of print

where to go? you are in competencies — the factsheet on awards and publications
go on • education • languages • learning • publications
go up • the vision and solutions • the knowledge base • the track records • the testimonials • let Watermotion know
go out • +google scholar • +linkedin • +twitter • +youtube • reach Watermotion 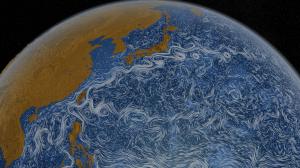 Welcome to browse in

</> Any feedback on the website?
Please take part in this +survey
anonymously • no mandatory questions

The development of Watermotion is driven by the passion for fluid motion at all scales, from the little whirls up to planet-wide currents, and by the amazement at its ubiquity